Ask not what you can do for Mexico, but what Mexico can do for you. A cynical transposition of JFK’s ’61 inaugural address has been a hallmark of the nation’s politics and commerce, and sadly the prevailing current in the Mexico’s tequila business as well. Since its establishment two hundred years ago, Mexico’s national liquor category has been dominated not by artisan distillers peddling homespun libations, but rather by brand marketing companies seeking profitable enterprise. It’s been more of an extraction model than a contribution one. Counterintuitively, distillation isn’t the differentiating challenge in tequila. Rather, it’s the cultivation of tequila’s raw material, the agave, which requires many years to grow to maturity and is protected by a small denomination of origin, similar to champagne in France or scotch in Scotland. Tequila’s largest marketers have forever incorporated the easy part of owning their own distilleries, but have cautiously refrained from growing agave for a preference of playing farmers off one another to suppress agave pricing, thereby maximizing operating profits with which to market their brands.

Mexico’s national tequila brand-owners, challenged for so long with minimizing agave pricing, slowly developed a model of sourcing their raw material from literally tens of thousands of agave growers within the same denomination of origin region, competing with one another to sell to the distilleries. Over the past two centuries precious few of these agave farmers were able to free themselves from the essentially exploitative model of cultivating for larger distilleries, to instead use their agave to produce their own tequila. It’s a dicey game competing with the big boys, but here and there, a handful have managed to survive. Meanwhile the larger marketers with their own distilleries kept about their business, buying third-party agave on an intentionally price-competitive market, distilling it and spending their profits on growing their brand popularity.

It all changed in the early 2000’s, however, when spirits industry globalization led to a consolidation among liquor brand owners, down to a half dozen or so companies who own and control most of what’s available in your local store or tavern. The international liquor conglomerates saw the vulnerability in agave shortages and gluts caused by tens of thousands of cultivators determining their individual planting cycles based on current pricing, and sought to eliminate their dependence on mature agave entirely. They introduced massive mechanical machines standardized in the sugar industry called “diffusers”, which are capable of extracting sugars from baby agave plants and with higher efficiency. Suddenly agave cultivators found that fewer and fewer global tequila marketing companies, who had by now purchased their own Mexican national distilleries, had use for their mature agave. They could do ‘just fine’ with baby agave grown without expertise, as long as it was processed with their gigantic diffuser machinery.

Disappointingly for aficionados of tequila, the newly introduced diffusers do nothing for flavor or quality. They produce only a homogenized, cloying distillate devoid of character, nuance, craftsmanship or point of origin. They are bland, soft, boring and undifferentiated. In fact, they are contrary to the essential character of Mexico, itself, which shares none of those descriptors. And for the centuries-old culture and traditions of agave cultivators, they’ve been reduced now to slightly more than 2,000 farmers from nearly 30,000 farmers only 25 years ago. Globalization arrived to the liquor industry, global marketers purchased their own tequila distilleries, improved production efficiency and the category will never be the same. Save the last cultivator-distillers and have a way better tasting experience by drinking non-diffuser tequilas. There aren’t many left. 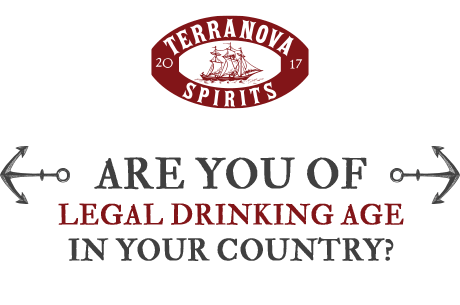